In the early 1990s, Faded Red formed its first board of directors, consisting of Vincente Stasolla, Pat Kandiannis, Bobbie Weggler, Mike Raffe, Frank Lichtner, Nick Strenk, and Fleming Heilman. With a board in place, Faded Red moved to host its first alumni event in 1993 and began driving a multi-year, multi-generation fundraising campaign to secure a dedicated field for Cornell Rugby on the Cornell University campus. This field, which remains in place today, was opened in 2005.

In order to meet new challenges as rugby continues to grow across the US, stewardship of Faded Red was transitioned to a new generation in 2010. In 2011, Faded Red welcomed its first women’s rugby club alumna to the board, formalizing Faded Red as the alumni organization for all of Cornell Rugby. Since then, the new generation of leadership has substantially increased fundraising and strengthened the organization’s governance and consistency. In 2017, Faded Red launched its first endowment initiative which aims to create a stable financial foundation for all generations of Cornell Rugby moving forward.

The Cornell University Rugby Alumni Association (Faded Red) is dedicated to supporting men’s and women’s rugby at Cornell University through alumni engagement and giving. Current and former players, coaches and parents are welcome and encouraged to join in Faded Red’s efforts. 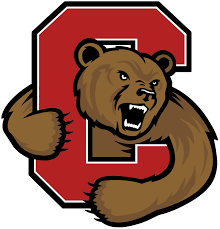